An interactive concerto for four pianos, ECG headset and video projection.
A visitor wears the headset and gets his brain signals monitored and visualized on a big screen. The pianists start to play under the instructions of the interactive systems. The music being played is based on a score from Yae (a.k.a. Maestro Sebastiano Cognolato) written in pieces to be interactively assembled by the system. Each musician receives instructions about what and when to play from a dedicated LCD and an audio headset.
This project has requested me, Yae and the pianists (Ester Snider, Vittoria Faggiani, Dario Battaglia and Takahiro Yoshikawa) a lot of efforts to create a common language between interactive technology and music.

Design, development, setup and operator during the performance.

Done with Yae  and Torrevado. 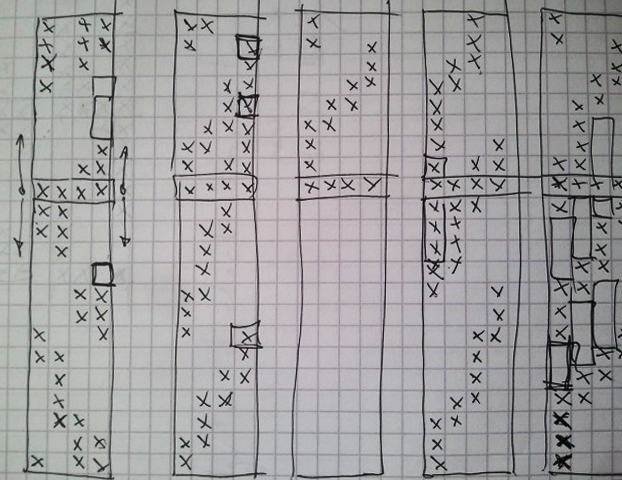 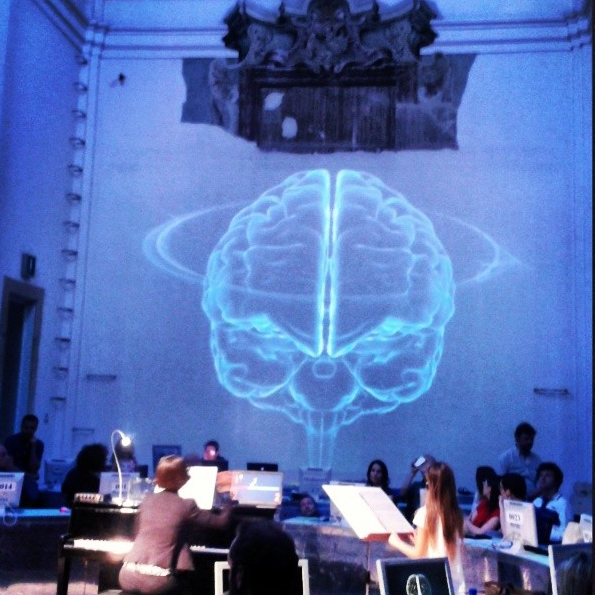 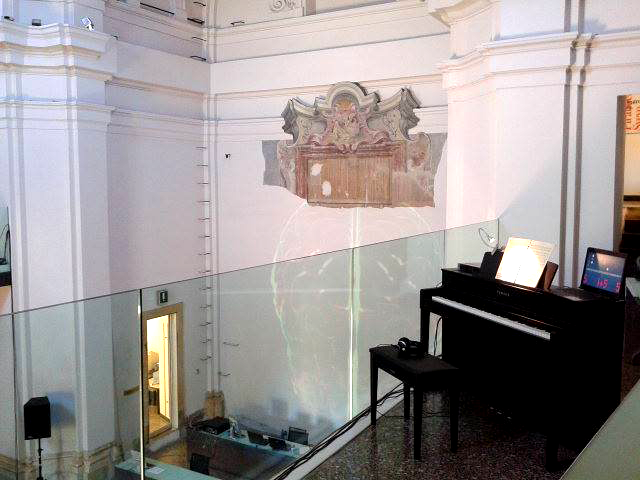 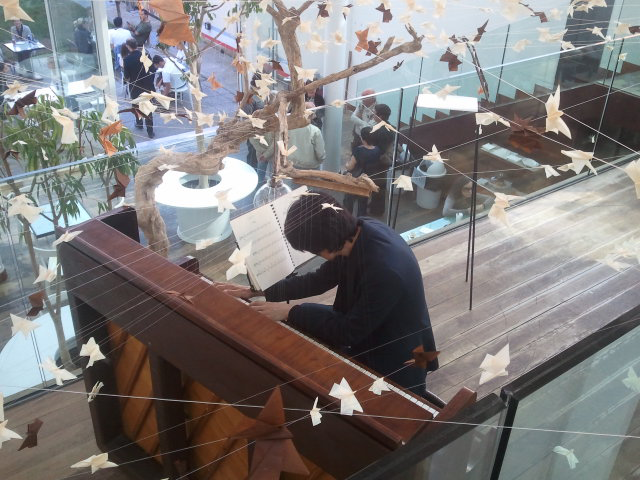 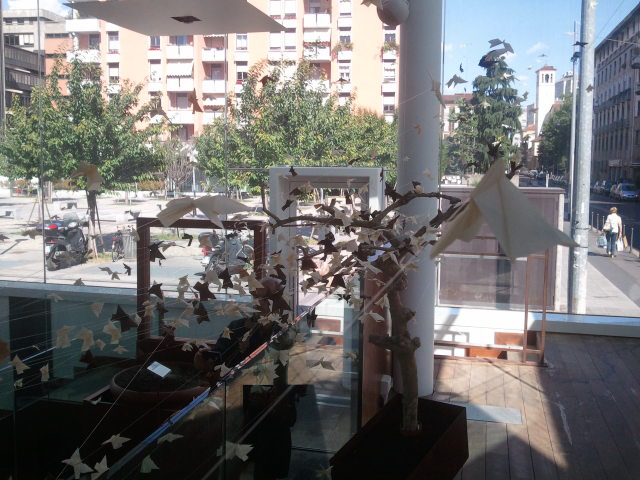 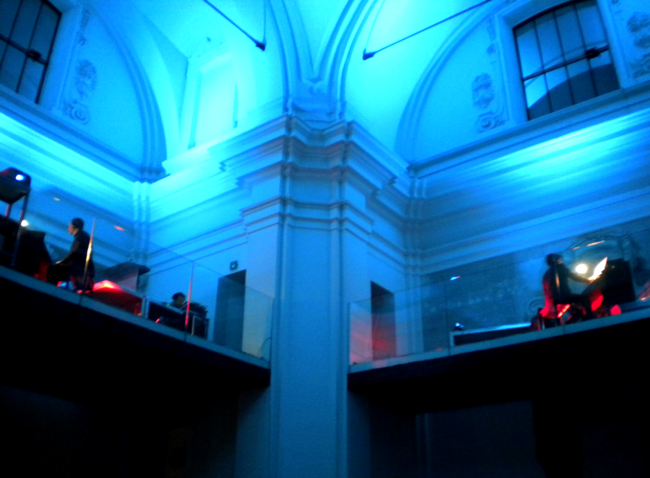 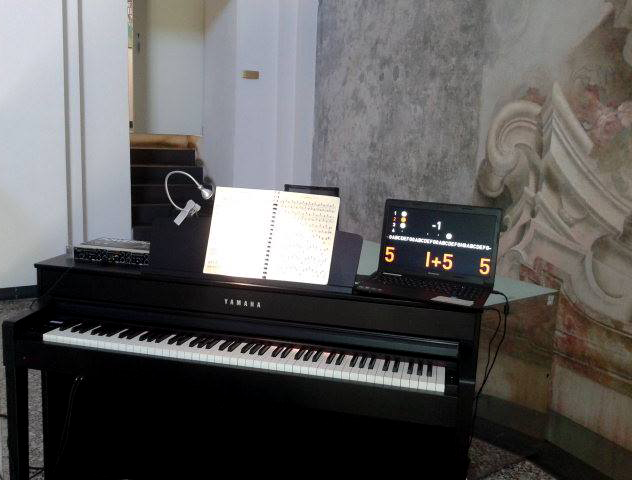 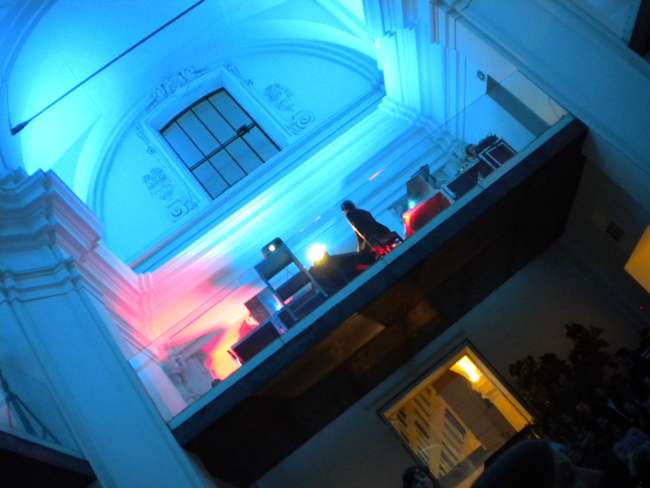 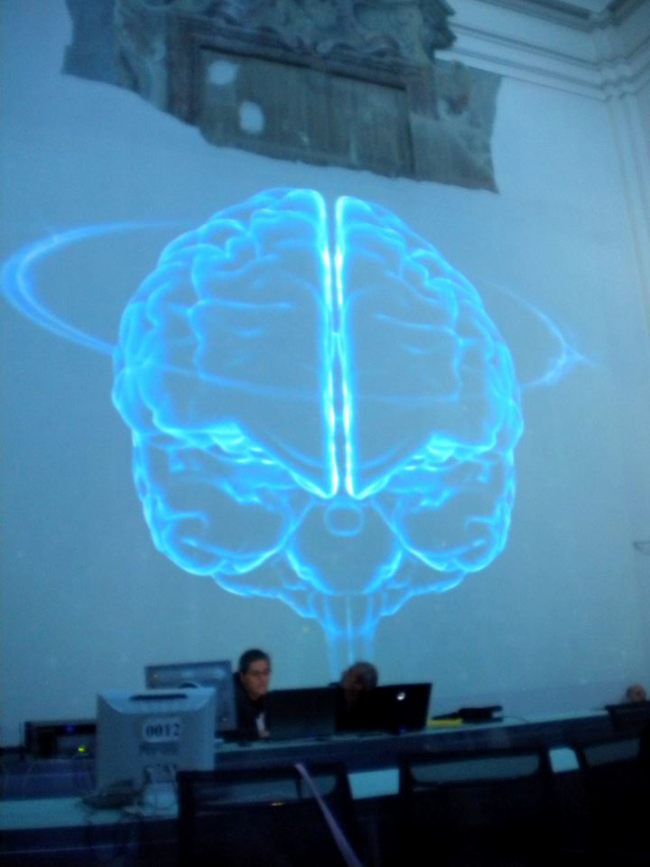 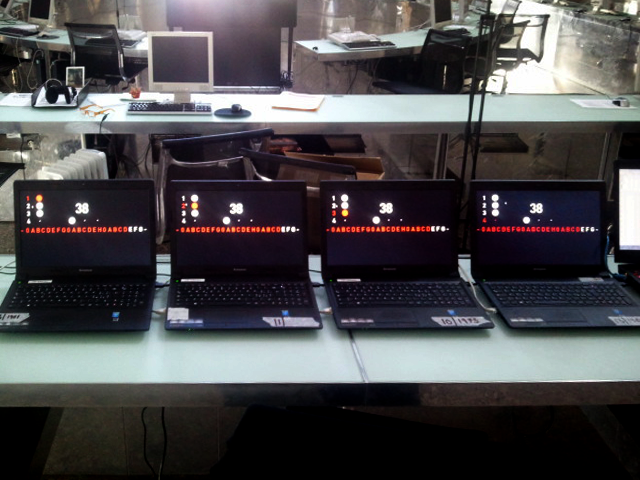 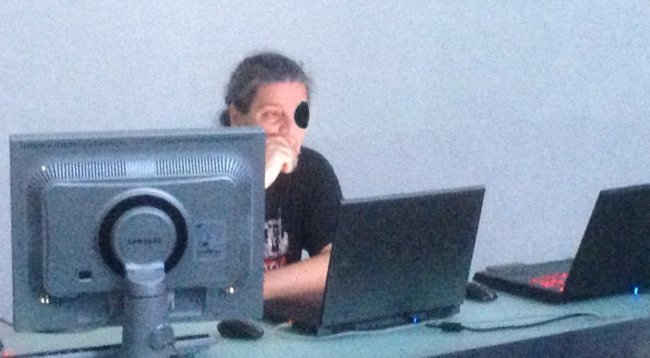