“protoTypo” is an aestethic and functional experiment. The goal is to build a “container of stories” that uses an offbeat yet intuitive interaction model.

It has been presented at Frontiers of Interaction 2013. The conference was about design, so the story being told was about D&D.
Design and Designers.
Right.

You wield a paintgun, an object you can be no familiar with, but whose use and goal is very clear. On a screen in front of you, a cloud of typographic characters swarms, hiding something. As you pull the trigger you realize the paintgun doesn’t spray digital paint, instead it puffs away the “evil” characters.
While interacting three things happens. The cloud dissolves, a beautiful object start emerging from the cloud and, like in a distillation process, a meaningful sentence from the designer of the objects cames out of the “evil” characters.

Meaning: so many unnecessary words spent on the media. Let’s act to clean away entropy and to restore a clean meaning.

Why a paintgun.
First because it is a beautiful tool. It feels wonderfully in your hand.
Second, it’s use and goal is clear to everyone. Interaction model is clear.
And last, the humble and sturdy paintgun reminds of artisans. The people who made the wonderful stuff designers imagined. 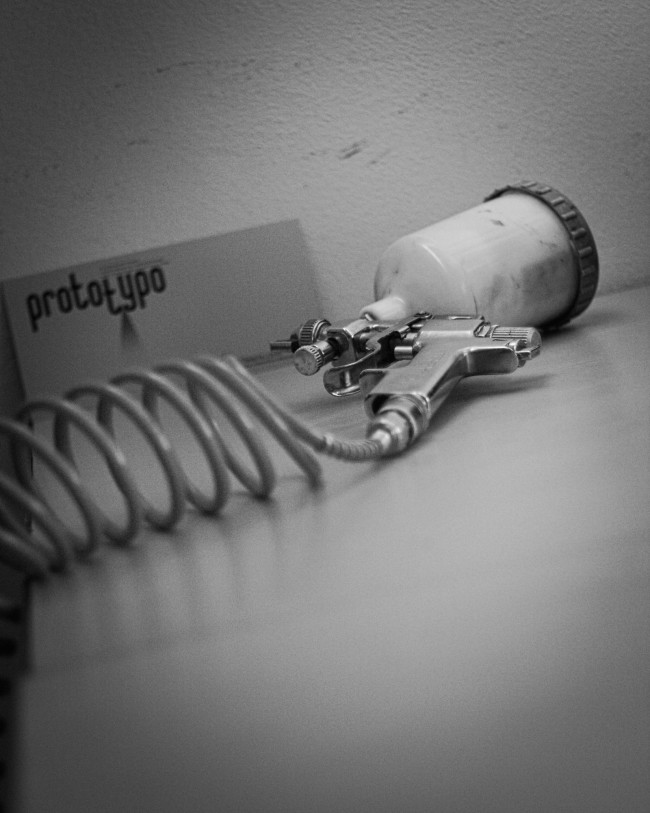 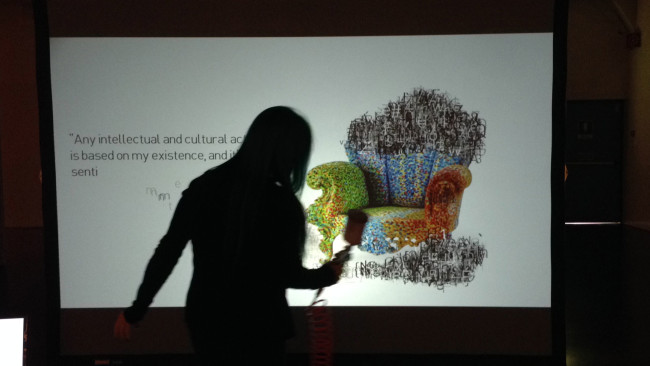 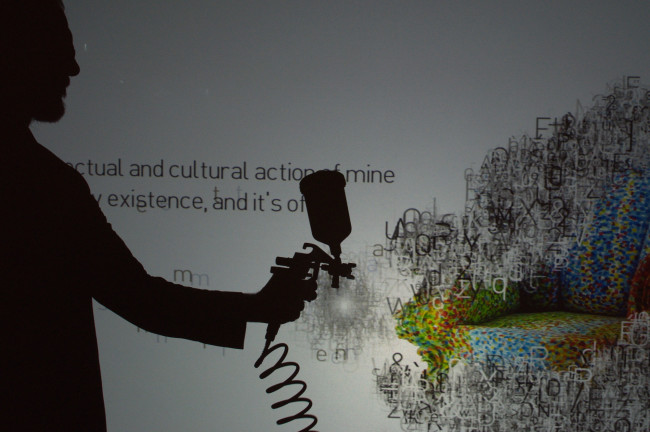 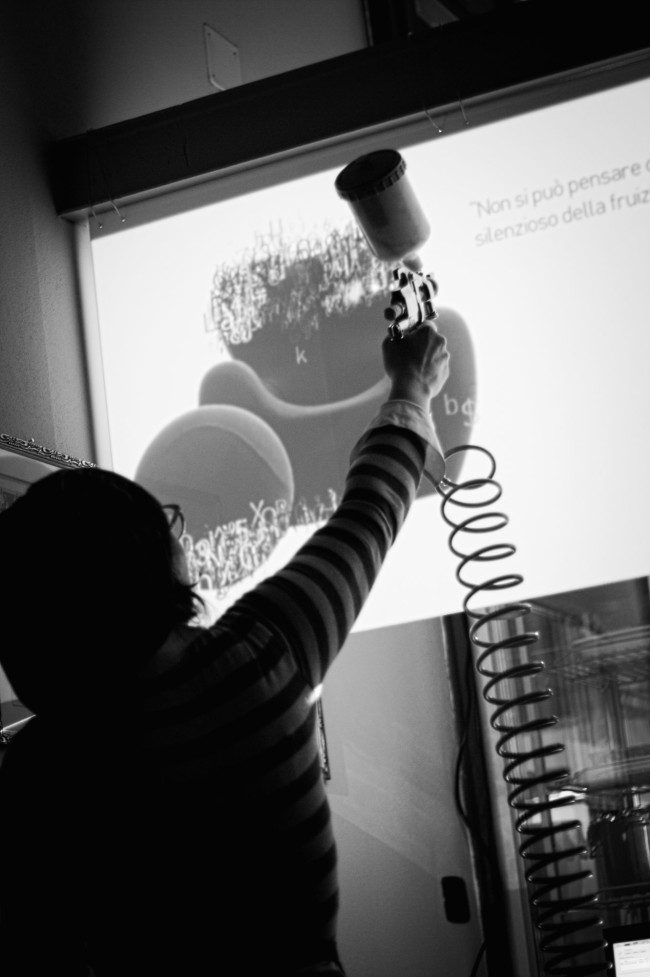 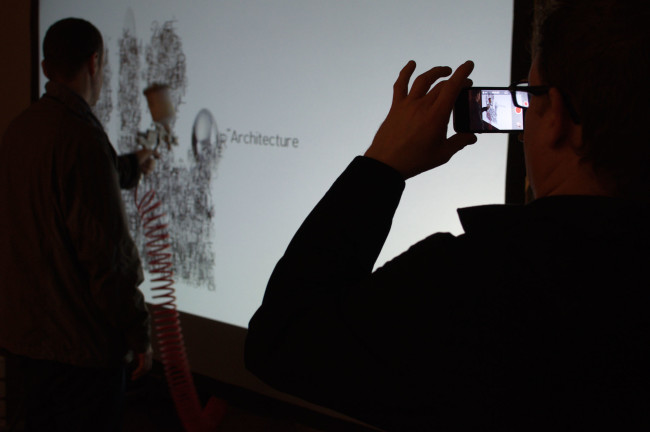 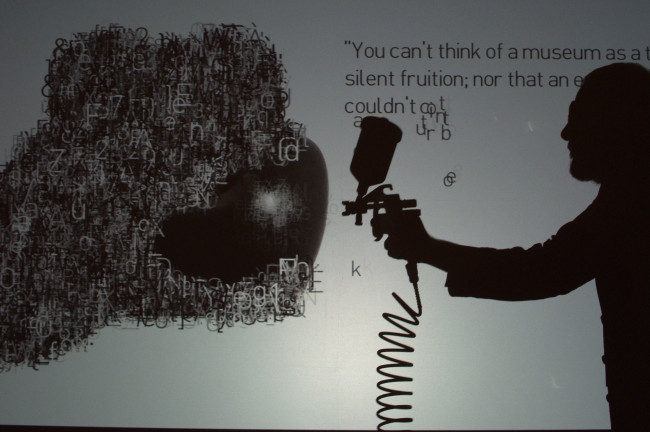 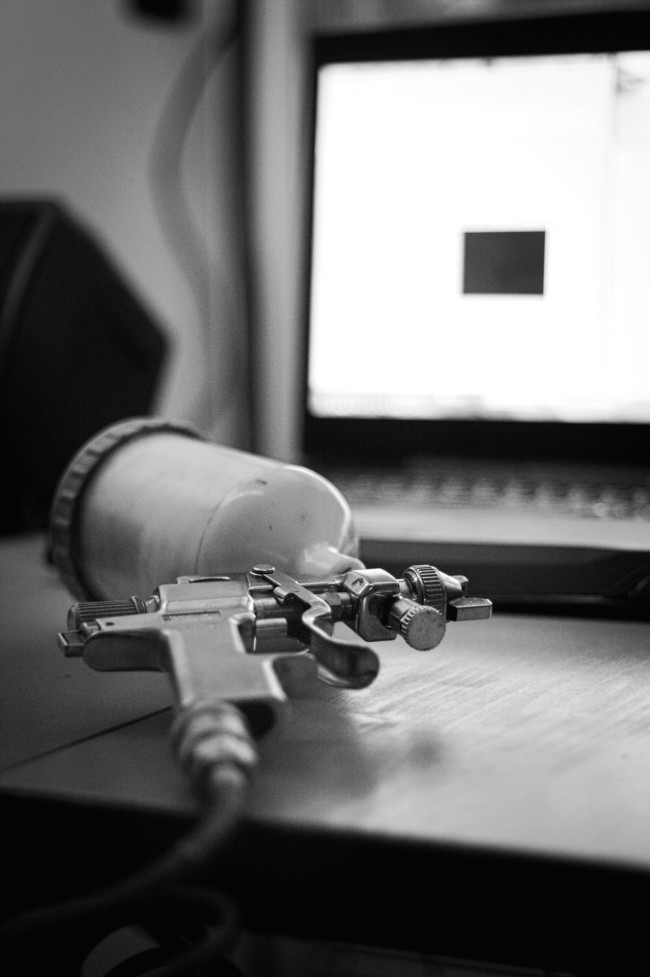 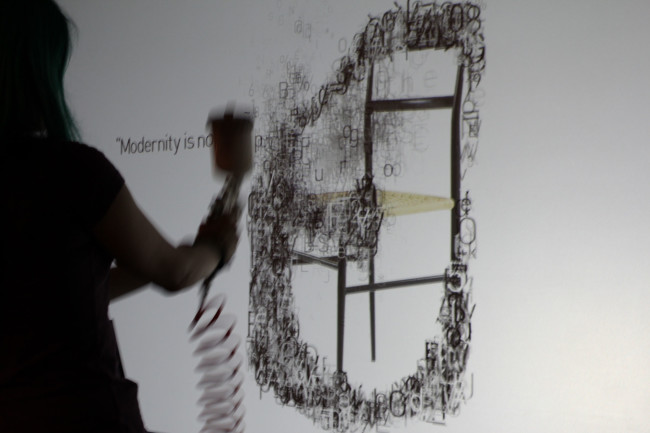 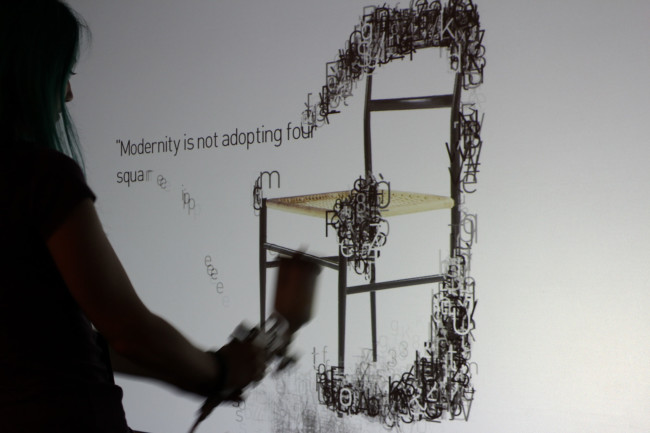 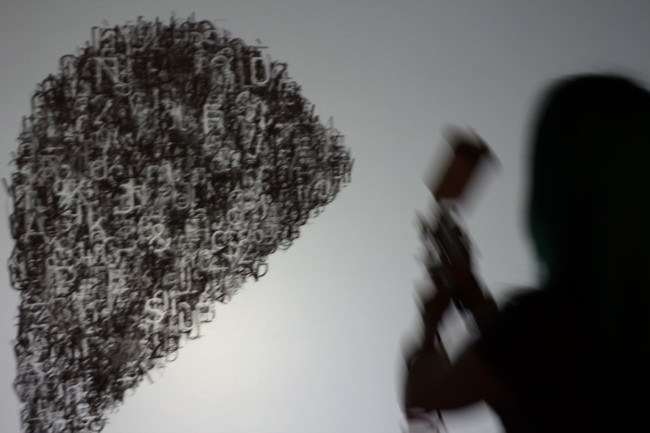 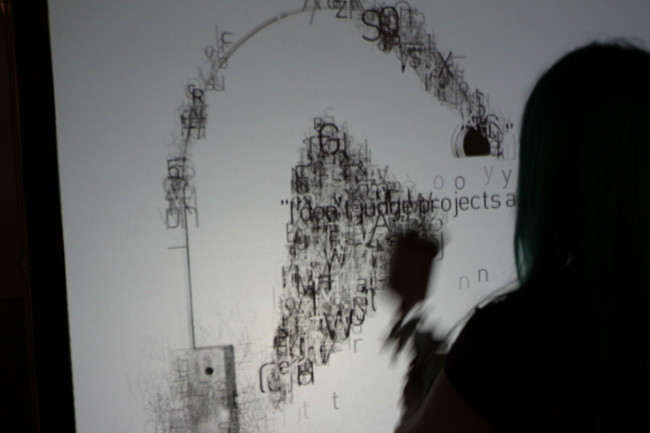 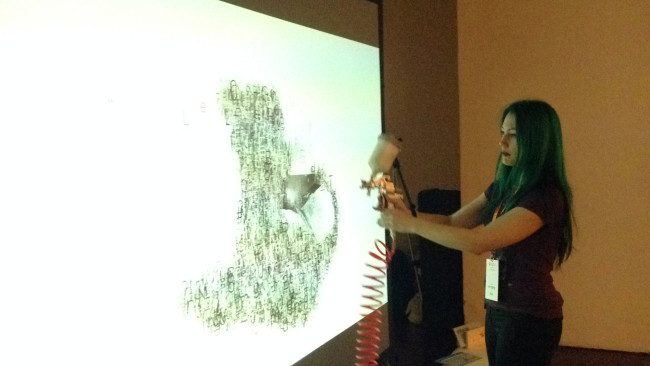