The projected images of a video narrative that runs parallel to the voices and actions of the actors, break up and move over the large cross-like area, which has become a stage. At times the images interact with the words and action, at other times they contradict them. The projected images act as a visual counterpoint that does not attempt to explain the text but rather to open it up to different interpretations and comparisons, that may help to get the audience involved to the point of inducing them to climb onto the cross at the end and interactively search for their own vision. All of this is set against a musical environment that imparts a narrative power, an expressive force that is able to take the words from the actors’ mouths and spread them around the room, in the form of sounds, until they come into contact with the spectators’ lips. 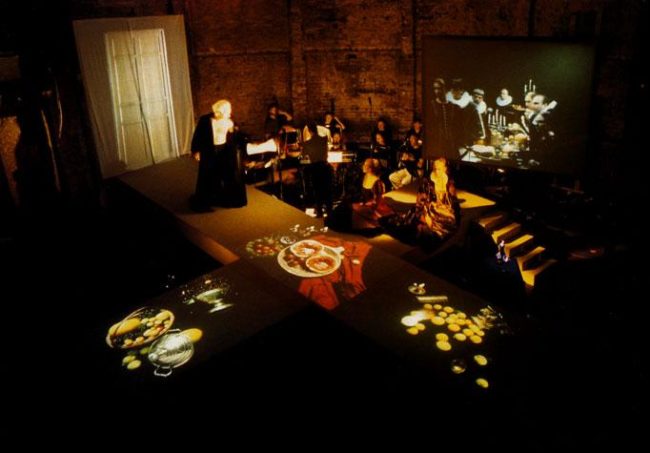 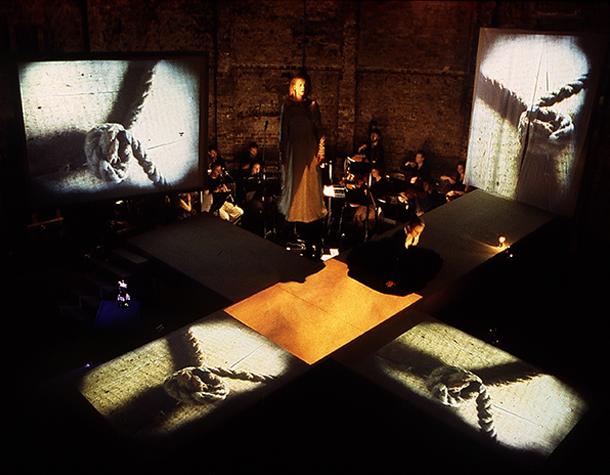 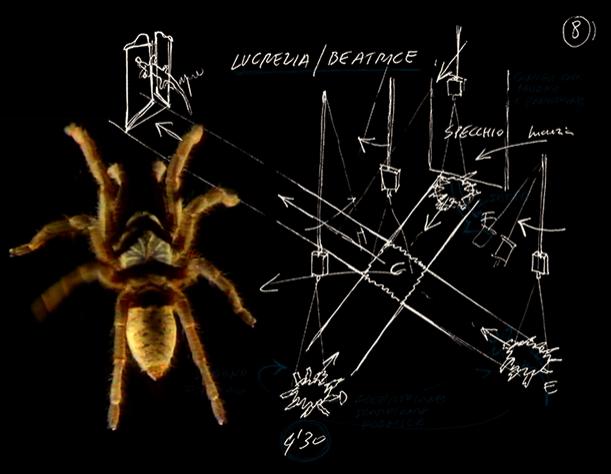 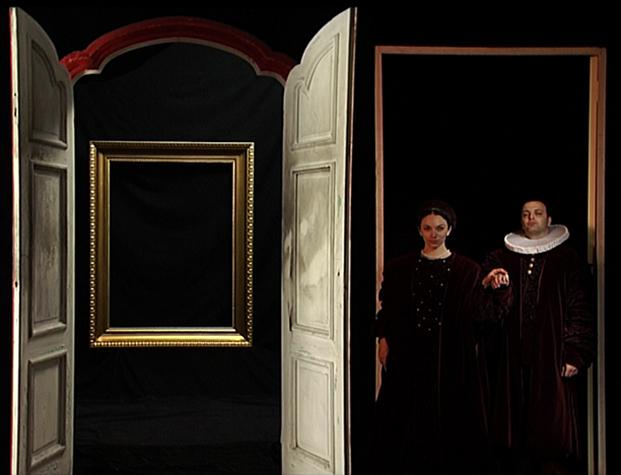